History of the Chattanooga Girls Choir

How the Choir Began 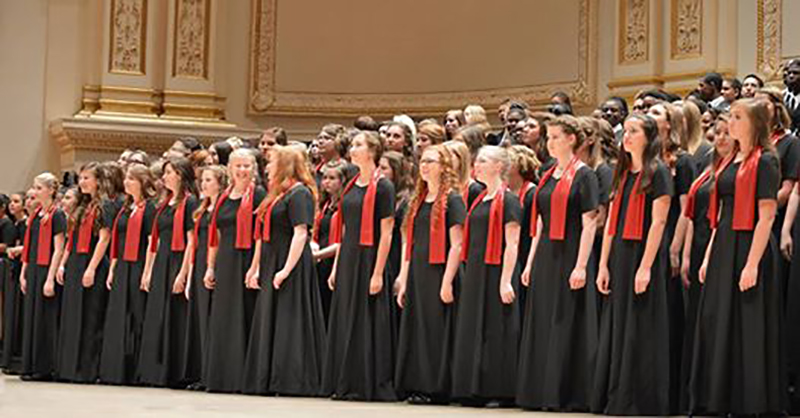 The Chattanooga Girls Choir was founded by Mr. John Dyer in the Fall of 1986 under the moniker of “The Cantilena Singers.” At the time, Mr. Dyer was faculty associate at Cadek Conservatory (“Cadek”) in the Music Department of the University of Tennessee at Chattanooga (“UTC”). Dr. Peter Gerschefski, head of the Music Department and Cadek wanted to start a children’s choir at Cadek. Dr. Gerschefski knew about Mr. Dyer’s background in choral music education so he asked him to form such a choir. However, Mr. Dyer believed that Chattanooga needed a choir especially for girls more than a co-educational children’s choir because our city already had the long-standing Chattanooga Boys Choir but there was no similar opportunity for area girls. Mr. Dyer thereafter contacted local music teachers in area schools and asked them to identify and send any interested and talented girls to Cadek to audition for the new choir. Fifty girls auditioned and were all invited to become founding members of the ensemble. Within its first couple of years, the Cantilena Singers were renamed The Chattanooga Girls Choir (the “CGC”).

In its first decade, the CGC was closely affiliated with Cadek and UTC. Its office and rehearsal space were located at Cadek, and the choir’s first concert in the Spring of 1987 took place in the Cadek auditorium, with subsequent Winter and Spring concerts taking place at Roland W. Hayes Concert Hall, also on the UTC campus. In 1989, the CGC was privileged to welcome the brilliant Penny Tullock as its principal accompanist. Ms. Tullock is still with the choir, having celebrated more than 30 seasons with us as not only a first-class accompanist, but also a musical mentor and friend to many generations of girls and women.

The CGC grew from a small group of dedicated singers to an organization with a large touring choir and two younger training choirs. In 1990, the CGC, in a nod to its beginnings, expanded to add the Cantilena Singers as a training choir for new choir members in 5th grade through 6th grade, with music educator Bonnie Bryant as its first director. Ms. Bryant had been an associate director with the choir since its second year and Mr. Dyer believed that she would be the perfect choice to introduce new singers to music theory and the rigors of choir. As the choir continued to grow (and as its older members matured), the Senior Choir was added in 1992 for senior high school aged singers and was soon renamed the Grace Moore Singers. In its second decade the CGC grew in enrollment and scope into five different choirs of different ages gaining singing skills, musical notation and music theory knowledge, and performance experience.

The new position of Executive Director was was added in 2007 (Nicole Knauss was the first holder of that title) to provide oversight in administration, production, resource development to the growing operations of the organization. Sara Snider Schone is currently in this key position.

After the CGC organized as a nonprofit corporation in the State of Tennessee on May 6, 1994, it was able to begin receiving a portion of its funding from Allied Arts of Greater Chattanooga (now ArtsBuild) as a member. ArtsBuild remains a vital contributor to the CGC, along with the Tennessee Arts Commission. Many corporate and faithful individual patrons at all levels of giving continue to support the mission and operations of the choir.

At the end of 1996, the choir’s beloved director Founder John Dyer announced his intent to retire at the end of that year, (he remained active and involved with the choir as Director Emeritus until he passed away in 2018) and after an exhaustive national search, a new director was chosen for the choir. That same year, the CGC’s affiliation with UTC ended, and the choir moved its rehearsal location to the First Baptist Church in downtown Chattanooga.

In January of 1997, local music educator, Ed Huey, became the next Director of the CGC and carried the CGC into its second decade. With Ed Huey’s leadership, the choir remained strong through the transition year of 1997 and experienced renewed energy and focus. In 1999, local music educator Joan Tonkinson joined the CGC Staff as the director of the Cantilena Singers. Mr. Huey later announced that he would step down as the director of the CGC after the Summer 2000 tour. The choir had the good fortune to find John Wigal, a talented music educator who had recently moved to Chattanooga from the Chicago area. Mr. Wigal’s energy, optimism, and fresh ideas proved to be just what the choir needed to continue its growth into the next century.

In 2004, CGC’s Artistic Director, John Wigal found that his talents were in demand in many other areas of the community and determined that he needed to reduce his responsibilities with the choir. During the 2003/2004 season Joan Tonkinson took over as director of the Concert Choir and Mr. Wigal directed the Cantilena Singers. Mr. Wigal remained on staff with the CGC and in 2005 became the director of the newly formed non-auditioned, third-grade Novellina Choir.

Among the many highly qualified candidates who were identified in the search for a new Artistic Director, the CGC Board was fortunate to find a candidate who was a perfect fit with the mission and needs of the CGC. In the Fall of 2004, LuAnn Holden, Assistant Professor at Lee University, became the first female Artistic Director of the CGC.

During LuAnn Holden’s tenure, the CGC has continued to excel in its artistry. Among Ms. Holden’s many contributions has been her devotion to providing the Concert Choir with workshop experiences with visiting artists such as composers and conductors G. Randall Stroope, David Childs, and David Brunner. Additionally, Ms. Holden has exposed the girls to recording experiences with music publishers who have sought out the CGC’s talents. After her announcement that she would retire at the end of the 2016-2017 season, the Board of Directors Chose current Artistic Director Josh Golden to succeed her.

Who Was Grace Moore? 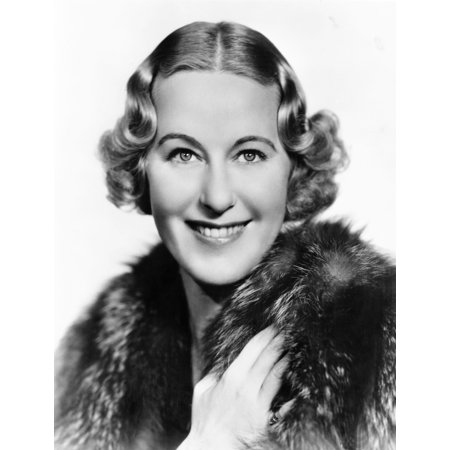 Born Mary Willie Grace Moore in 1898 in rural Cocke County, East Tennessee, “The Tennessee Nightingale” was an operatic soprano and actress. After a brief period of study at Ward-Belmont in Nashville, she lit out for Washington, DC, and then New York City, scoring her first paying job as a singer at the Black Cat Cafe in Greenwich Village. After Broadway success in shows by such luminaries as Jerome Kern and Irving Berlin, she moved on to enjoy sixteen successive seasons the Metropolitan Opera. During her Met tenure, she also became  one of the greatest Hollywood stars of her time, and her films, like One Night of Love in 1934 for which she was nominated for the Academy Award for Best Actress, helped to popularize opera by bringing it to a larger audience. Diva chronicler Lanfranco Rasponi characterized her this way: “natural, thoughtful, beguiling…a marvelously warm human being who could put anyone at ease within a matter of a few seconds.” But she knew her worth: when the high fee (twice her colleagues’) that the Royal Opera Covent Garden had offered her to sing La Bohème came to the attention of some well-heeled London music patrons and caused a great media controversy, she said, “It’s all absolutely nonsensical – I am worth what they are willing to pay me”; the Tennessee Nightingale was an engaging Southern woman and artist of the people – and nobody’s fool. She died an untimely death at the age of 48 in a plane crash near Copenhagen (the crown prince of Sweden perished in the same tragedy) and is buried here in Chattanooga at Forest Lawn Cemetery.

Music is the element that binds the past, present, and future members of the choir together. Several pieces have become integral to the choir’s identity. The CGC first performed the Linda Spevacek arrangement of “Edelweiss” at its Winter 1990 concert. It was an instant crowd and choir favorite. Since then, “Edelweiss” has become a signature performance piece and the choir has closed each Winter and Spring Concert with it. Additionally, in 1995 Penny Tullock arranged the Quaker Hymn, “How Can I keep from Singing,” for SA voices and dedicated her arrangement to John Dyer and the Chattanooga Girls Choir. The CGC first performed the piece at the Spring 1995 Concert, and the uplifting song has remained a favorite piece of the choir and its alumnae ever since. In 2012, the Choristers Guild published Penny Tullock’s arrangement for both SA and SATB choirs, and these versions have (unsurprisingly) become some of the Choristers Guild’s best-sellers. Also, in honor of the choir’s 25th Anniversary season, through Ms. Holden’s efforts, the CGC commissioned noted composer Susan LaBarr to write the inspirational “Hope is the Thing with Feathers” and again, as part of the current 30th Anniversary celebrations, an arrangement of Sara Groves moving “I Saw What I Saw.”

Touring has also been an integral part of the Chattanooga Girls Choir’s curriculum and experience. The CGC’s first tour to Walt Disney World took place during the summer of 1990. The next year in the Summer of 1991, the CGC broadened its horizons considerably and set out on its first international to Germany, Austria, Hungary, and Switzerland. Before that tour, then-current Chattanooga Mayor Gene Roberts appointed the tour choir members as ambassadors of goodwill for the City of Chattanooga. Since then, our girls have acted as ambassadors to many other cities, states, and countries, including: Washington, D.C., Colorado, New York, New Jersey, Hawaii, Ohio, Florida, West Virginia, California, Illinois, Wisconsin, Spain, Italy, England, Wales, Ireland, France, Canada, Czech Republic, and with repeat visits in several of these locations over the years. This year, auditioned girls from the 5th through 12th grades will travel to beautiful and historic northern Italy!

The CGC has been recognized for its talent and musicianship both nationally and internationally. It received the 1991 Treble Choir Award at the International Youth and Music Festival in Vienna, Austria; First Place Awards at the 1993 and 1999 International Children’s Choir Festival in Bournemouth, England; one of two awards presented at the 1994 Princeton University Invitational Choir Festival; and a silver medal at the 2012 World Choir Games. In 1995, the choir was broadcast worldwide singing Mass at Saint Peter’s Basilica at the Vatican in Rome, Italy, and they sang for Mass at Saint Peter’s again in 2005. The choir also has sung at San Marcos Cathedral in Venice, Italy; in Coventry Cathedral and Westminster Abbey in England; in Smetana Hall in the Czech Republic; in the Duomo (Cathedral of Florence) in Italy; in Brucknerhaus in Austria; in the historic Bruton Parish Church in Williamsburg, Virginia; at Carnegie Hall, Lincoln Center, and at the Cathedral of St. John the Divine in New York City; at Disney World and Disneyland; at the Canadian House of Parliament; Mass at the National Cathedral and in a command performance at The White House in Washington, D.C.; and in performances in Switzerland, Germany, Wales, Hungary, and France.